I have been around the world visiting the thin places where faith has been practiced over the centuries.  So I was especially moved last week when I learned that  Daesh (also known as ISIL/ISIS) blew up the oldest monastery in Iraq last year — aerial photographs finally discovered the fact.

Combined with a plea for prayer for Orisha last week, where one of our church planters was killed, this further news of persecuted Christians was sobering.  It sent me to prayer. But not before it sent me searching for the justification Daesh undoubtedly has for erasing history.  I found it.

The army justifies the destruction of cultural heritage sites by following a stream of Islam called Salafism which places great importance on establishing tawhid (monotheism), and eliminating  shirk  (polytheism). The group’s actions are not mindless vandalism; there is an ideological underpinning to the destruction. Daesh views its actions in sites like Palmyra and Nimrud as being in accordance with Islamic tradition.

Beyond the ideological aspects of the destruction, there are other, practical reasons to destroy historic sites. Daesh likes to grab world attention, terrorizing people and so finding recruits. The destruction also wipes the territorial slate clean, leaving no traces of any previous culture or civilization so they can start fresh, forge their own identity and leave their own mark on history. Dealing in looted antiquities also helps finance their war.

No one writing news seems to be able to understand why these people blow up historical and holy  sites, even when the ideological and practical reasons are listed.

Even when forced to admire them, I am sad about the people and places destroyed by their hate and merciless quest for power. Like the Khmer Rouge and the LRA, and many other armies in my lifetime, they are the scourge that comes when the world is flooded with weapons and the great powers practice the domination of unshared wealth and overwhelming force. 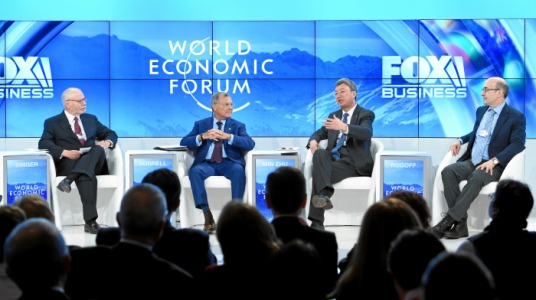 I’m not trying to justify them. Even though I can show plenty of examples when so-called Christians did the same thing they are doing. The fact that other people have been cruel does not justify cruelty. Seeking vengeance or some notion of equity by force perpetuates the endless cycle that has sent hundreds of thousands of Palestinians and Syrians into refugee camps! Westerners shake their heads and wonder why Daesh is so intolerant. Meanwhile they ignore the powerful people who met in Davos last week to maintain the system that exploits the recruits who join jihadists.

All these lessons give me some understanding for my fears and sadness. But they don’t comfort me too much when the darkness drives my Indian brothers and sisters into the jungle and Daesh blows up the history of the church where it is already so persecuted. I don’t know how Jesus is going to make a difference in the middle of it. But the lessons and the losses drive me to pray. One reason I wrote this short piece about what troubles me is to tell you about how they have inspired me to pray.

I realized not long ago that I shared a trait in prayer that mirrors a reaction other Americans have to their fears: build a wall and try to act normal inside it. Alternatively, I have been sensing God moving me to become more vulnerable in prayer and to welcome people into the safe place I share with God. The practice has expanded my love, I think. Daesh, the murderers of the Indian evangelist, the 1% feasting in Davos are also the beloved of God.

I have enough trouble just letting my loved ones “bother” my contemplation! Then I remember Jesus dying at the hands of evil doers, God submitting to the cruelty through which the world is saved. And I am drawn, even though it feels frightening, to open my heart and hope to embrace the troubles and the troublemakers. While they were yet sinners, Christ died for them. So far, that renewed prayer seems to soften my heart to embrace the troubles right in front of me too. I need to trust Jesus, the safe place maker rather than merely trust the safe place.