“Love God and don’t kill people.” This morning Jenna told me that one of her friends could only definitively say that about his faith. “Don’t kill people,” is a manifestly biblical truth (in both the Old and New Testaments), but it is amazing that we are still making exceptions to this rule, and those of us who aren’t, are termed radical or extreme.

Circle of Hope is committed to peace and I think that’s because peace is basically Christian. But unfortunately, today, such a commitment is less of a uniting characteristic and more of a distinctive, and for us in Circle of Hope, it is one of our main distinctives. When our cells discerned what God might be calling us to do in the next year and beyond, prophetically experiencing and sharing our “alternativity” was a big part. We are yearning for a different world when this one seems to be going to hell. It’s a good time to be the church.

Anabaptists, radical reformers that followed the big break up of Luther and the Church, were committed to creating an alternative community, separate from the state. They refused to get baptized into citizenship. Our basic commitment to peacemaking is a fundamental expression of (here’s that word again) “alternativity.”
But it isn’t so easy to be radical alternatives in the world, which I think all Christians are called to be. Here are three examples. 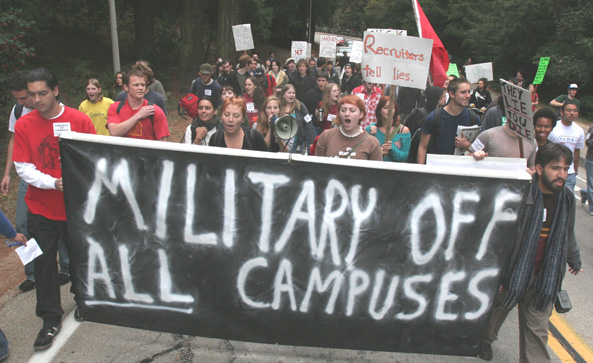 his morning Eastern University (where I am in seminary), issued an email about its new Military Recruitment Initiative. Colleges all over the country participate in this, but when a Christian university does it, it still amazes me. I know the University isn’t committed to pacifism, but the partnership with the state just strikes me as idolatrous. The purpose of the military is simple: kill people and break things, at least Huckabee thinks so. Seems to me that it is quite wicked, and trying to get kids to do it is wickedly opportunistic, but maybe the bigger problem here is the partnership with the government and an allegiance to it.

Hey, @EasternU, the military and your partnership with it is borderline idolatrous. Matt. 16:26.

It seems to readily contradict the Christian idea of our kingdom not being of this world. But what is one to do? Protest the school? Withdraw? How does a Christian committed to peace respond? How does a private school struggling with enrollment and the challenges of tuition costs respond without selling its soul?

2 – On Tuesday, Edward Nero, one of the Baltimore cops charged after being involved in the killing of Freddie Gray, was acquitted. The judge said that “the state failed to meet its burden of proof.” The prosecution thought that Nero detained Gray with no justification, but it doesn’t seem like Nero was involved in the physical arrest, hence acquittal. Nero seems to have been involved in a greater evil, but the trial itself wasn’t about that. I don’t expect to get justice from the state, so this isn’t surprising. And I don’t think punishing Nero would have given me much satisfaction. But it does show us that the state isn’t even equipped to offer any sort of salvific justice because of its means. Furthermore, it helps us really think about what it means to truly love our enemies if we thirst for the state to punish them. 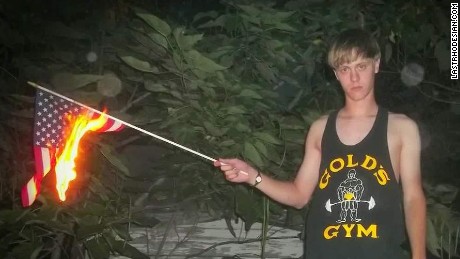 3 – Perhaps this last point is no clearer than in the case of Dylann Roof. I’m sorry I even know his name or what he is infamous for, but he is accused of killing nine black people at a Charleston, South Carolina church last June. It was a hate crime. It is wicked and heinous. This week, the Justice Department announced he will face two death penalty trials. And in an era where the gun used to kill Trayvon Martin is being auctioned off for $250,000, it is hard to respond to this kind of hatred with anything but more hatred. Killing Dylann Roof may feel satisfying to some, it may quench the rage of others, but it’s just as wrong as his actions. When our seeming enemies are potentially violently punished, that’s the moment where our committing to Jesus and his love shine the most. (Check out the often brilliant Ta-Nehisi Coates’ thoughts on this subject here.)

Look, I don’t know how to solve the government’s problems. But the problems that it has are its alone because of the power it signed up for. When you want to gain the whole world, expect to forfeit your soul. The state’s forfeiture of its soul (if it ever had one), and the church’s allegiance to the state, complicate how we can resolutely follow Jesus. We end up compromising him and his message, and honestly, that watered-down Gospel is hardly drinkable. I don’t think people want to be in that kind of church and follow that kind of compromised alleged savior. It is better to be radical.

But the truth is, it’s easy to be radical, until it isn’t. When we are faced with complicated questions: a potentially beneficial military partnership, an opportunity to get even with an officer involved in killing a 25-year-old, or even the chance at killing a real terrorist, we really have to think about what our beliefs mean and how they can be turned into action.

These difficult scenarios can be an opportunity for our “alternativity” to shine and our distinctiveness to be known. It isn’t easy to navigate them and I hope I haven’t summarily simplified them. One of our only hopes for maintaining our convictions is to express them in a body of Christ, and perhaps a new incarnation of it. Together, we can be peacemakers, lovers of our enemies, and do our part in changing the world. We are committed to forming that kind of community together in Circle of Hope. And we’re looking for partners to help. Are you out there?

1 thought on “Alternativity: Being radical when the world just doesn’t make it easy”