Peacemakers around the world are almost daring to hope that the announcement of a cease fire brokered by Secretary of State John Kerry and his Russian counterpart, Foreign Minister Sergey Lavrov, will take effect and hold when it is scheduled to start Monday night. Here’s the latest from Reuters [link]. 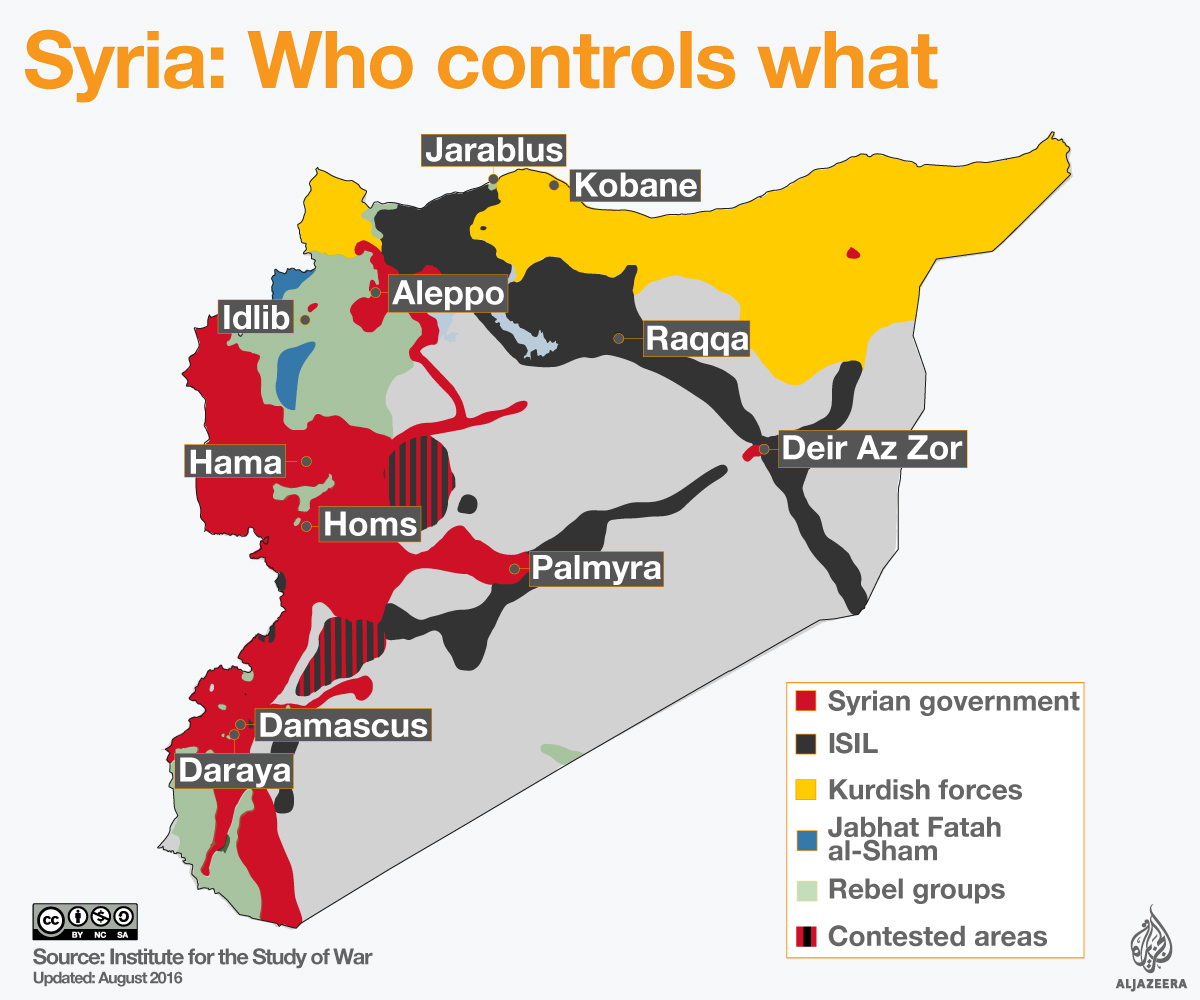 Kerry said the accord would prevent Syrian President Bashar al-Assad’s air force from flying combat missions anywhere the opposition is present, calling this provision the “bedrock of the agreement.” He labeled the Syrian air force the “main driver of civilian casualties” and migrant flows. “That should put an end to the barrel bombs, an end to the indiscriminate bombing of civilian neighborhoods,” Kerry said.

In February, a cessation of hostilities negotiated between Kerry and Lavrov fell apart within weeks, and efforts to reach a political settlement in the war-torn country have been on the verge of collapse.

Kerry also said the accord would allow for humanitarian access to parts of Syria such as Aleppo caught in the crossfire and provide for the creation of a demilitarized areas around that northern city. Citing private sources for al-Ikhbariya TV, Assad’s government said “all hostilities in Aleppo will be halted for humanitarian reasons” and that one of the purposes of the deal is to find political solutions to the conflict. It said a US-Russian coordination center will be created to target ISIS and Jabhat Fateh al-Sham with warplanes and high-precision weaponry.

Sec. Kerry reiterated several times the deal was dependent on the adherence of all parties, both regime and opposition.

People in the United States continue to be generally disinterested in the world situation in which 60 million people are currently displaced, a quarter of them from Iraq and Syria. Our relief and development arm, however, MCC, is still at work aiding refugee, having expended $34 million dollars in donations as of last March. We have been doing our part for four years, now. It all started with those wedding dresses.