The basic Gospel of Jesus is all about connecting with God’s love, heart to heart. Anyone can participate. It’s a revolutionary and transformational love — I can tell you my own story (as Rachel was saying last week).

But it is a love that can be easily muddied by the very things it contradicts. It can be invaded and spoiled. When it gets invaded by the law and the rules of economics, we need to pay attention. I hope the recent experience I had helps you pay attention. It has to do with Christian Mingle.

Some Christians were up-in-arms last week. They were fighting another battle in their war for the culture after a lawsuit against Christian Mingle forced the company to allow gay people to use their dating website. Christians in this fight are discerning what hills to die on. Excluding gay people seems to be an important hill for them. What may actually happen in their battle, however, is that their faith will die while they hold out for the law of the land to offer them what only God can offer: holiness, safety, and justice. The state will organize its laws one way or another, and sometimes better laws are worth fighting for. But our real hope (as our song says) is in the name of Jesus Christ, not in the Constitution.

My sister (who serves on the advisory board of Christian Mingle) told me that Christians are embarrassing themselves over Christian Mingle. They are probably embarrassing Jesus, too (you can tell they are embarrassing me!). When they fight their culture war I think they contribute to the general ambivalence and indifference people suffer toward any promise of hope. People already don’t think their rights will be protected unless they have the money to protect them. So Christian Mingle loses a lawsuit, “Whatever.” Christians can look like an entitled interest group angry that their piece of the world’s pie is being nibbled. 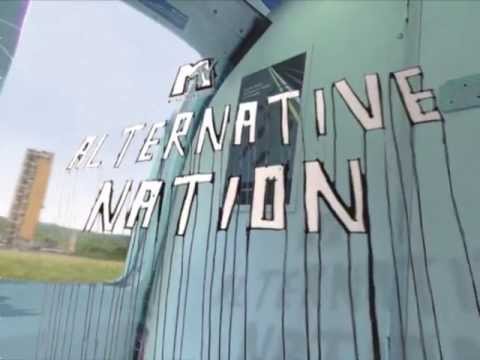 The part that concerns our church, I think, is when we use big language to describe what Jesus is doing in the world: reconciliation, redemption, revolution, etc. We had better make sure our words are filled with content, never mere slogans or marketing cleverness or we might get “whatevered” when we use that language. If we aren’t careful, our call to alternativity might sound like MTV in the 1990s (remember that picture at the left?). Let’s be aware that many people think we’re shoveling more nonsense when we talk about Jesus. So let’s show them we’ve got some substance to back up our words (since we have it!). I think our cells might be our best example of what we’ve got. They are alternative. They aren’t just “whatever.” Transformation is happening in them. People should know; especially the ones who have lost hope.

We want to be a radical embodiment of the Gospel of Jesus Christ. We hold it in our minds, our hearts, and our bodies. We hold it together as the Body of Christ. Who we are—Jesus followers, first and foremost, and what we do—love the world with the Lord’s self-giving love, is elemental to that alternativity we embody. Just like Paul tells the Corinthians, we know we can spout all the knowledge and prophecies in the world, but without love they are useless.

Love doesn’t fail. There are times for prophecies and knowledge, even for arguing about politics and philosophy like I love so much. But all that talk is pretty silly if it is not done in love. It drowns out God if the speaker doesn’t love God and does not speak from being known and loved by God. I think Jesus keeps embedding the reality of God’s love in our community. It gives people faith and hope in a world that’s looking for them. They may feel “whatever,” but I doubt that you, or anyone you meet, won’t jump at a chance for true love in a love-starved world.

I think this anthem (same one I linked above), based on Psalm 20, sums up the alternativity that people need — divorced from the weakness of laws and the tyranny of the market economy, but married to Jesus. The Lord’s song in our hearts is so simply difficult, so worthy of learning that only the most dedicated-to-hopelessness could “whatever” it:

My trust and my pride is in the name of Jesus Christ
Who takes the old and broke and makes it new
I’ll put my hope in the One who frees us all from sin,
And to love is what He shows us to do.

1 thought on “In a world full of trouble, Christians can get “whatevered” along with the rest”