I was surprised by how many of my Facebook friends this morning were posting #neverforget. I looked at how it was trending and there were various politicians like Congressman Joseph Kennedy III referencing our “darkest days” and how we learned about defending and protecting. I don’t know about you, but I’ve had a number of conversations around 9/11 with people I love that generate more anxiety than understanding over the years. I want to appeal specifically to those of us following Jesus to never forget a few things today because there is so much we could forget if we’re too ensnared by the status quo.

Today reminds people of their pain and sometimes brings hurt feelings back up. No need to be too terse or cynical on or about a day that many Americans – especially for people from the NYC area – find to be really sensitive. 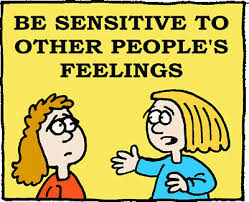 One time I had someone end a conversation about 9/11 with me by saying “I guess we just feel it more because we’re from around there” as a way to not question anything about the CNN version of the story. I’ve talked to a surprising number of people who lost friends, family or had their dad working in the building, or had a friend who was home sick when he should have been at his desk in one of the towers. For many Americans, it’s easy to feel belittled or get defensive as soon as dialogue begins. For people of Arab decent (also South Asians and others who might resemble Arabs to the ignorant) 911 was a watershed moment for an exponential increase of anti-Arab racism in the US and islamophobia.

We need to learn what to do with our pain so it doesn’t just hurt others. We have possibilities to mend, connect, forgive, listen, speak, and be heard. We also have the option to respond by inflicting more damage. Thankfully, there are many who allow their grief and loss to be transformed into something beautiful. This post from Shaner today about an event that we did a few years ago carries a potent message…”On the 10th anniversary of 9/11, we hosted an event called ‘Jesus, Bombs, and Ice Cream’ and one of the folks who moved us with her testimony was Terry Rockefeller who lost her sister in the World Trade Center. She has used her pain to fuel a movement of victims working for peace.” 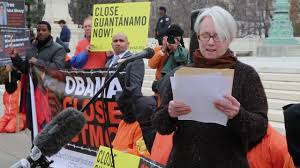 Today is a rally cry for both the war machine and the resistance. Perpetual preemptive war rages on. Statistics Brain, with their narrative, lists causalities of the day including in the towers, NYC, the flights, and in the Pentagon – it’s almost 3,000 deaths. Costs of War breaks out just the direct deaths in Afghanistan (21,000 civilians), Iraq (133,000 civilians), and the secret war in Pakistan (20,000-50,000 civilians).

Some of the resistance has a different rally cry, one that some find as offensive as others find slogans such as “these colors don’t run” or a certain Toby Keith song. One of my friends from high school worked on one of the early 9/11 Truth Films and one of my favorite rappers (who happens to be from Harlem) wrote a song about it [warning: lots of bad words]. I think there are a lot of ways to resist war making and war profiteering, I think the best is making peace with Jesus.

Jesus is making peace like it was His job as the church continues to fracture. Some fly American flags during their worship, others speak out for those oppressed by the military the flag represents, and others remain ambivalent. Even though it’s uncomfortable, I think we still need to be in the mix with Jesus – speaking and acting for peace. While we need to be in the middle of conflict, let’s be caring and as sensitive as possible; for God, for those who died and those are still hurting in the US, as well as those who seem further away but suffer no less. Working for peace is not just criticizing the fighting or being correct about an issue. It is cultivating possibilities for healing, respect, and justice.