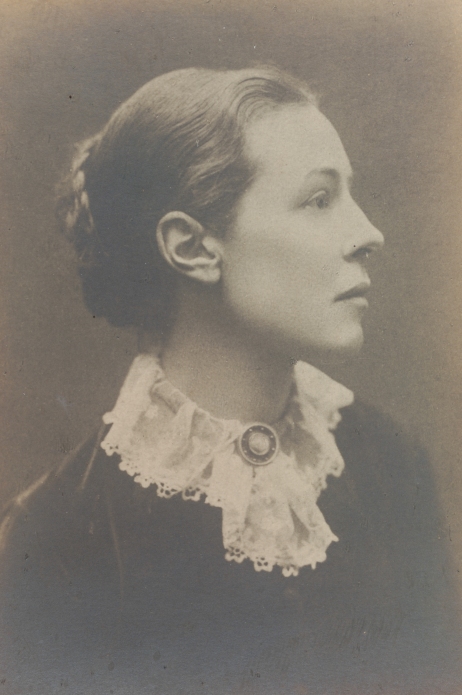 …unless your righteousness exceeds the righteousness of the scribes and Pharisees, you will by no means enter the kingdom of heaven. —Matthew 5:20

Lilias Trotter has been recently reintroduced to our century through the documentary, Many Beautiful Things, which depicts her life and vision.

Trotter was born in England in 1853 to an upper-middle-class family. She was a gifted artist and was told she could be England’s greatest living artist, but in order to do so, she would have to give herself totally to her art. At the same time Lilias had a growing faith which encouraged her not only in her personal spiritual growth, but also in service to others.

Trotter felt the call from God to go to North Africa and serve the Lord there. She had to choose between pursuing her career as an artist and answering the call God had placed on her heart. She chose to follow God. As a single woman who was denied support from a mission agency because of health issues, who didn’t know the language or culture, going to Africa was a radical decision.

Lilias Trotter’s father died when she was twelve. She was devastated. Fortunately, the family’s financial circumstances were only comparatively diminished by his loss. When the family moved to 40 Montagu Square, their next-door neighbor was writer Anthony Trollope.

In her early twenties, Trotter and her mother were greatly influenced by the Higher Life Movement, and Lilias joined the volunteer force that counseled inquirers during the London campaign meetings of American evangelist Dwight L. Moody.

Trotter’s mother thought her self-taught daughter was an exceptional artistic talent. In 1876, she sent some of Lilias’ drawings to art critic and social philosopher John Ruskin while all three were staying in Venice—the latter while recovering from the early death of Rose La Touche, a young pupil to whom he had proposed marriage. Ruskin praised Trotter’s artistic skill, and she became an informal student and a good friend despite the disparity in their ages. Ruskin told Trotter that if she would devote herself to her art “she would be the greatest living painter and do things that would be Immortal.”

Although Trotter was drawn to the prospect of a life in art, in May 1879, she decided that she could not give herself “to painting and continue still to ‘seek first the Kingdom of God and His Righteousness.'” Trotter became active in the Welbeck Street YWCA and served as secretary, “a voluntary position usually filled by women like herself from wealthy families.” She did a considerable amount of teaching and (unusually for respectable young women of the period) fearlessly canvassed the streets alone at night near Victoria Station for prostitutes who might be persuaded to train for an employable skill or to simply spend a night in a hostel. In 1884, suffering from physical and emotional exhaustion, she underwent surgery which, though “slight in nature…left her very ill.” Apparently her heart was permanently damaged in the process.

During the next few years, Trotter felt an impulse toward missionary work in non-Christian lands, even telling one of her friends that “whenever she prayed, the words ‘North Africa’ sounded in her soul as though a voice were calling her.” In May 1887, when a missionary to North Africa asked at a religious meeting if God was calling anyone to North Africa, Trotter rose and said, “He is calling me.” On her thirty-fourth birthday, she applied as a candidate to the North African Mission—which then rejected her because she was unable to pass its health examination. However, because she had the resources to be self-supporting, the Mission decided that she might “work in harmony” with the society without being an official member.

Nine months later, Trotter and two other financially independent women—including Blanche Haworth, who for more than thirty years played “Martha” to Trotter’s “Mary,” arrived in Algiers. Trotter recalled, “Three of us stood there, looking at our battle-field, none of us fit to pass a doctor for any society, not knowing a soul in the place, or a sentence of Arabic or a clue for beginning work on untouched ground; we only knew we had to come. Truly if God needed weakness, He had it!”

The women moved into the French quarter and diligently studied Arabic through French study materials and eventually through a professional tutor. They also learned how do domestic work, all of them previously having had their needs met by servants.

Later Trotter said that the early years were like “knocking our heads against stone walls,” but the women were indefatigable, trying one technique after another in an attempt to make inroads into the Algerian culture and all the while improving their Arabic. Eventually Trotter was able to gain access to the heavily secluded women by first befriending their children. The outreach to women, she believed, was a “great line of cleavage in the rock face of Islam.”

Converts were banished, beaten, even (Trotter believed) poisoned with “mind drugs” that were to be administered in food or drink and would produce “a paralysis of mind and will.” Many converts died, and Trotter “came to rejoice in their loss. ‘We were glad to let them go….One draws a breath of relief when they get safe home [to heaven].'”

Trotter’s health was so seriously impaired that she regularly spent extended periods of convalescence in Great Britain or on the continent. Adding to the difficulties of the English missionaries was French colonial suspicion of their activities. The local government bought a house across the street and for three years lured potential converts away with competing classes. Spies and gendarmes even followed the women into the southern desert and threatened fines and imprisonment for any who went near them or accepted their literature.

By 1906, with warming relations between England and France, Trotter experienced less governmental antagonism and more freedom for her missionary work. In 1907 five new workers joined the “Algiers Mission Band.” By 1920, there were thirty full-time workers and fifteen preaching stations. Trotter became the reluctant, but unchallenged, leader of the group. Trotter was sensitive to the contemporary difficulty of a woman exerting authority over a man, but as the staff included more men, she shrewdly refined “the organizational system to capitalize on their leadership.” Trotter never solicited funds because she said God’s wealth was boundless.

Trotter was also a pioneer in attempting to adapt Christian missionary endeavor to the Algerian culture. Referring to evangelistic meetings as a “European idea,” she proposed evangelizing with “a native cafe on a Christian footing,” readings of the Bible in a “rhythmical recitative” accompanied by a drum, a craft house that would teach little girls embroidery, and a Christian retreat for women to “take the place of the outings to shrines which are their only chance of fresh air.” Trotter designed cards that had biblical passages drawn by an Arab scribe because “no one but a native can give the subtle lines & curves of the writing as they should be.” The mission society even published a series of cards with a sentence from the Koran followed by verses from the Old Testament.

While Lilias turned her back on fame, she did not turn her back on her art. In addition to art found in her journals, she used her art in the pamphlets she created to share the gospel with the people in Algeria. Trotter was a “prodigious writer,” filling a journal page nearly every day for forty years and illustrating the world around her with sketches and watercolors. From these efforts came several books of somewhat flowery and mystical prose, including Parables of the Cross and Parables of the Christ-life. Though she considered orthodox Islam “dry as the dune, hard as the gravel,” she responded to the “sincere hunger for things of the spirit” in the Sufi mystics and wrote for them The Way of the Sevenfold Secret as a devotional guide based on the seven “I am” statements found in the Gospel of John.

Confined to bed during her last years, Trotter devoted herself to prayer, writing, and sketching while continuing to manage the affairs of the Algiers Mission Band as best she could. As her body failed, her mind remained clear, even at the end asking prayer for the strength to dictate a letter to Amy Carmichael of India, with whom she had regular correspondence. As she was dying, while attendants sang a hymn, she exclaimed, “A chariot and six horses.” “You are seeing beautiful things,” someone asked. “Yes,” she said, “many, many beautiful things.”

The documentary: Many Beautiful Things

Parables of the Cross online

Trotter was inspired by the higher life of notable Christians. Perhaps you will be inspired by her.

Trotter loved those who were marginalized. She ministered among the prostitutes in London and lived among the poor of Algiers, ministering with women and children. One Algerian woman shared this about her: “No one loved us like she did.” Lilias writes in her journal, “I have been thinking lately what a work for God it is just loving people.” In our current cultural climate of hatred for the ‘other’, we have an opportunity to be people of love, not hate. To overcome evil with good.

She had courage to take risks, following where God was leading her. Her choices were radical, defying concern from friends and societal expectations. She served the Lord alone.

She recognized that her gift as an artist was from God; it wasn’t her own doing. While we might think we are where we are today because of our own abilities, in reality it is God who decided which time period, family, country, and gifts were given to us. We are simply stewards of all that we have and are to use our gifts for God’s glory and to further His kingdom.

She engaged in cross-cultural ministry by listening and learning from the people. She respected their culture. She did not come to the people with a paternalistic mindset; rather, she came as a fellow traveler in life and as a learner. She met physical needs as well as spiritual needs. She was driven to share the love of Christ with whomever she met.