A national holiday rarely intersects with the Christian calendar. But Martin Luther King is so precious to us that we are including his national “birthday” as part of our observances. 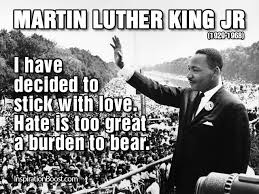 However, there should be no poor among you, for in the land the LORD your God is giving you to possess as your inheritance, he will richly bless you.

In 1983, Ronald Reagan signed into law the legislation that made a day honoring Martin Luther King Jr. a national holiday. Reagan did not support the legislation. He opposed the King holiday because he thought King did not deserve to be so honored. Plenty of people at the time shared that opinion, and plenty of people still do.

There is, after all, exactly one other American so honored, and that person is George Washington—not Lincoln, not Jefferson. (The third Monday in February, the day we call “Presidents Day,” is officially, as it has always been, in honor of Washington). Giving Martin Luther King Jr., a man who never held public office, an honor that had been reserved exclusively for the father of the country, was a  very loud statement, one that a very conservative president preferred not to make.

Reagan objected because he believed that another federal holiday would just create more government bloat. The King holiday would become the tenth national holiday that came with a paid day off for all federal workers, the cost of which the Congressional Budget Office estimated at $18 million per holiday in 1983 dollars. To those who objected to the cost of the new holiday, Sen. Robert Dole of Kansas, whose conservative bona fides were no less than Reagan’s, said: “I suggest they hurry back to their pocket calculators and estimate the cost of 300 years of slavery, followed by a century or more of economic, political and social exclusion and discrimination.”

Luckily for the president, the legislation was passed with veto-proof majorities, making his threatened veto a non-issue. So on Nov. 2, 1983, in a Rose Garden ceremony, Ronald Reagan signed the legislation into law with Coretta Scott King, King’s widow, by his side. This is often listed among his accomplishments.

Reagan’s point was not without logic. The original impetus for the holiday came from labor unions with large African-American memberships that sought a paid day off on MLK’s birthday in contract negotiations. And though legislation creating the holiday was a landmark in American racial relations, all the creation of a federal holiday practically does is give a paid day off to federal government workers. It does not give the day a spirit or a meaning.

Many of the people who had worked diligently for years collecting signatures and petitioning legislators to create the King holiday must have experienced a “What now?” moment when they achieved their goal. They had insisted on having an “official” holiday. They were not interested in Reagan’s counter-suggestion that the King birthday be observed like Lincoln’s, which is to say, without closing government offices. But if the King holiday were to keep true to the spirit of the man whose life inspired it, then it had to become more than just another three-day weekend.

In 1994, Sen. Harris Wofford of Pennsylvania and Congressman John Lewis of Georgia authored the King Holiday and Service Act, with the intention of transforming the King holiday from a vacation day into a day of civic participation and volunteerism; from what had been a “day off” to a “day on.” President Bill Clinton signed the legislation into law on Aug. 23, 1994.

Pray through the Deuteronomy passage, whether you are “rich” or “poor.” What is God saying to you?

Get involved in one of the many service projects being planned! Circle of Hope has one planned with MCC.