Now the time came for Elizabeth to give birth, and she bore a son. Her neighbors and relatives heard that the Lord had shown his great mercy to her, and they rejoiced with her.

On the eighth day they came to circumcise the child, and they were going to name him Zechariah after his father. But his mother said, “No; he is to be called John.” They said to her, “None of your relatives has this name.” Then they began motioning to his father to find out what name he wanted to give him. He asked for a writing tablet and wrote, “His name is John.” And all of them were amazed. Immediately his mouth was opened and his tongue freed, and he began to speak, praising God. Fear came over all their neighbors, and all these things were talked about throughout the entire hill country of Judea. All who heard them pondered them and said, “What then will this child become?” For, indeed, the hand of the Lord was with him. —Luke 1:57-66 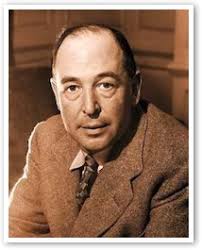 Clive Staples Lewis was born in Belfast, Ireland in 1898. His mother, Flora, was the daughter of a Anglican priest (Church of Ireland). His father, Richard, immigrated from Wales and worked as a lawyer (solicitor). He and his brother Warren had a dog named Jacksie, who was killed by a car when Lewis was four years old. He decided that he would take the dog’s name in his mourning, eventually allowing his family to call him Jack—the name friends would refer to him by for the rest of his life.

He was privately tutored and sent to the notoriously abusive Wynyard School in England for two years with his brother after his mother died. He came back home to Belfast and attended Campbell College (for boys 11-18) only to drop out because of respiratory problems. He was sent to a health-resort town back in England where he attended preparatory school. It was there, while he was 15 that he decided he was an atheist. Later in life he would reflect that this decision was largely based on being mad at God for not existing.

His interest in mythology, beast fables, and legends developed—especially Norse, Greek, and Irish mythologies. In them, he sensed what he later named “joy.” He was bound for Oxford to study when he volunteered to fight for the British Army in the trenches of France during World War I. The trauma and horrors during the war confirmed his atheism. Lewis was injured during an accidental friendly fire explosion that killed two of his comrades. He had a pact with a close friend that if either died the survivor would take care of the other’s family, and after “Paddy” Moore died Lewis took care of Jane Moore until her death in the 1940s. The two had a close relationship, during both Lewis’ recovery and the period before Moore’s eventual death. Lewis often referred to her as his “mother.”

He resumed studies at Oxford in 1918. He excelled academically and began getting published. In 1929, largely because of the influence of friends and colleagues J.R.R. Tolkien and Hugo Dyson, Lewis decided to “admit God was God,” kneel, pray, and admit he was a Theist. Two years later had a conversion experience with the two friends playing a huge role in his shift to becoming a Christian. He would later recall in Surprised By Joy, “When we set out [on a motorcycle trip to the zoo] I did not believe that Jesus Christ was the Son of God, and when we reached the zoo I did.”

Two years later, the three friends along with some others began a group they called “The Inklings” which would meet up once or twice per week for 16 years. For most of 1941, Lewis published 31 weekly “Screwtape Letters,” donating the proceeds for them to charity. He began giving radio talks on the BBC that developed from “Right and Wrong” to a later series about “What Christians Believe” and then “Christian Behavior”—these later became his enduring classic Mere Christianity. He published The Great Divorce in weekly installments. In all, he wrote about 60 books, most of which are non-fiction, often apologetics of the faith. It was perhaps in his fiction, like the Space Trilogy, where he did his heaviest theological lifting.

In 1956, Lewis and his intellectual companion Joy Davidman, entered into a civil marriage so she and her two sons could stay in the U.K. She was separated from her abusive husband. Later that year, after discovering her advanced-stage bone cancer, the two had a Christian marriage ceremony. Joy died in 1957 while on a family holiday. Jack raised her sons as his own. Four years later, Lewis had kidney issues that developed shortly into renal failure. He died on November 22, 1963 a week before he would have turned 65 (the same day as John F. Kennedy — book by Peter Kreeft).

C.S. Lewis – from atheism to theism

Till We Have Faces — PDF online

C.S. Lewis was a brilliant apologist for Jesus in the mid-20th Century. Some of what he wrote is beginning to sound dated. Most of it is timeless. Some of it has been perverted by marketing and profit-taking. If you have never read one of his adult books, try one: Mere Christianity is a compilation of his radio productions. Screwtape Letters and The Great Divorce are allegorical tales about life and death. Till We Have Faces is his last work that makes a Christian story out of a Greek tale.

Consider the time it takes to think deep thoughts. Lewis learned about Jesus before there was TV. After TV, our information started coming to us in ever-decreasing bites. Plan for a few hours to read, pray and think. Plan some time when there is no plan. Those are good times to be freed from your “silver chair.”