Anxious children: Help for the long days of the stay-at-home

I wrote this for you and put it on my blog:

Anxious children: Help for the long days of the stay-at-home

Show up for your kids: Let go of your “helicopter God”

This is a re-post from Rod White’s blog here.

In a recent article for the NY Times Parenting section, Daniel Siegel, along with Tina Payne Bryson,  uncannily explored the gospel again. I’ve read Siegel’s books, seen him speak, and have often been surprised by how I resonate with his spiritual wavelength.

This time he is taking some loving swipes at how parents, especially people of means, are raising their children. The picture I lifted from the article shows the problem clearly, I think. He asks us to:

Take a moment and fast forward in your mind to a day in the future when your child, now an adult, looks back and talks about whether she felt truly seen and embraced by you. Maybe she’s talking to a spouse, a friend or a therapist — someone with whom she can be totally, brutally honest. Perhaps she’s saying, “My mom, she wasn’t perfect, but I always knew she loved me just as I was.” Or, “My dad really got me, and he was always in my corner, even when I did something wrong.” Would your child say something like that? Or would she end up talking about how her parents always wanted her to be something she wasn’t, or didn’t take the time to really understand her, or wanted her to act in ways that weren’t authentic in order to play a particular role in the family or come across a certain way? 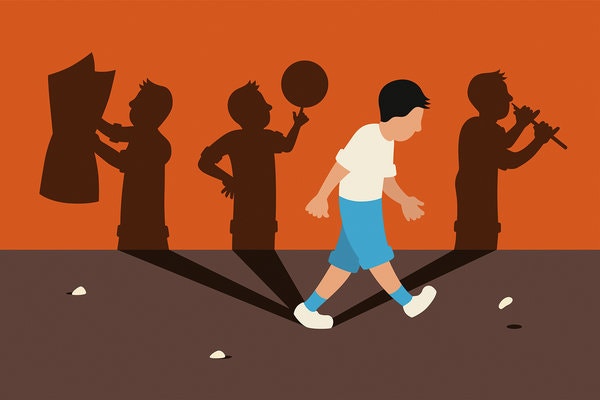 The power of showing up

Of course, Siegel is going to say something brilliant that makes you wonder how you could have ever parented without him. For the most part, he thinks he can explain everything and make it all work reasonably well, even in territories as complex as the brain and your family system. But in this case, I think he is asking the right question,

Do our kids feel seen by us? Do they feel truly seen for who they are — not for who we’d like them to be, and not filtered through our own fears or desires?

I think the answer is probably, generally, “No.” And I doubt that when Siegel was thirty-two, and trucking kids to little league games and such, he was asking the right questions, either. Now that he is sixty-two, he has better questions than “How in the world are we going to get through this week?” Or “How are my children going to survive their next twenty years?”

He is trying to help us all with his new book, The Power of Showing Up. The main point is something you may already know:

Showing up means bringing your whole being — your attention and awareness — into this moment with your child. When we show up, we are mentally and emotionally present for our child right now….The idea is to approach parenting being present and aware in your interactions with your child — and to make repairs when that doesn’t happen.

Where does one get the power to show up?

The power of showing up is great if you have the power to show up. Doesn’t it seem a bit grandiose to suggest in a parenting section article that people should simply change their mind and show up? — they should bring their whole being — their attention and awareness — into this moment? Buddhists have suggested that philosophy for centuries and some great people have practiced it well. But most of us are having trouble with our “whole being,” not to mention “attention” and “awareness.”

His advice has a lot of merit, in my opinion. But he does not give a lot of help with where to find the power to follow his advice unless you happen to have it already. Helicopter parents may communicate a lot of their anxiety to their child because they feel powerless, not because they intend to exercise a lot of power. I think the reason most people hyper-parent is their fear of doing a bad job. Many people in the United States are driven by the fear of missing out or failing and they don’t want their kids to miss out or fail. They are hyper-responsible, since they believe whatever life is, it is up to them to get it and live it. Their world is a competition for scarce resources and everyone needs to be their best self to get what they need or want. Siegel has deeper things to say than that, but I think even he would say that is a realistic assessment of what drives people.

Those fears drive Christians too. A hyper-responsible worldview may drive you when you are parenting, even if you don’t admit it. You may want to believe that trusting God is a live option for your child, but, in fact, and in the schedule, life is all about preparing them to succeed in the world as it is, according to the stranglehold the “economy” has on most of us.

Our view of God matters when we parent

To be honest, most Christians have a “helicopter” God who is the main example for their helicopter parenting. For many, God is the hyper-parent who does not see them for who they are, but sees them for who they ought to be (and who they have never been). As a result, Siegel’s book will just add more pressure to “show up” properly. You may already know about this demand to “show up” and have not fulfilled it yet, either.

The power to show up will be a result of trusting God the Parent who showed up in Jesus and continues to show up Spirit to spirit. I’m not sure how much Siegel’s reparative idea will help unless parents are Parented by the God revealed in Jesus. We love because God first loved us, not just because we had a good idea and implemented it well.

Our view of God, our Parent: Father/Son/Holy Spirit in a loving family system, Jesus as our pioneering older brother, makes all the difference in the world when it comes to showing up. We show up for our children and have the spiritual and emotional depth they need because we experience God showing up for us in Jesus. If we show up as weak examples of God showing up, we still know that God will, personally, show up — and that is a lot better than whatever I might provide. 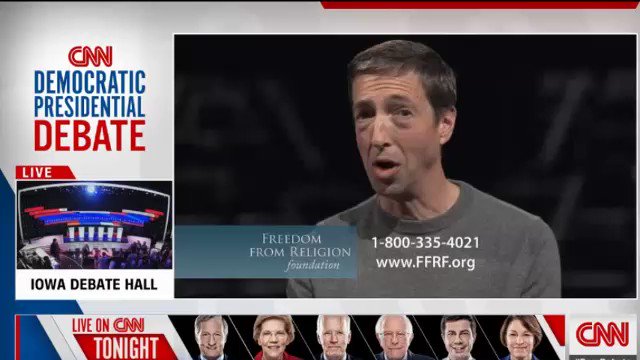 Last week many of my friends were talking about Ron Reagan. The old atheist advertisements from the Freedom from Religion Foundation were rerunning during the Democratic Party debate. He notably signed off in them by saying he is not afraid of burning in hell.

His view of God is faulty. He got the message that God is the ultimate helicopter parent scrutinizing people and weighing how well they have matched up to the ideal set before them – an ideal of which they are well aware yet to which they are still not conforming. The people I talked to knew what he was talking about, since many of them have that God, or know people who do. I think Siegel has a similar “god” when he is giving his good advice.

It is hard to make sure your children feel safe, seen, soothed and secure, as Siegel advises unless you feel safe, seen, soothed and secure. I, personally, see no hope for myself feeling or offering those vital experiences to anyone unless I have a constant relationship with God who saves me, sees me, soothes me, and makes me feel secure in a world which constantly demands more of me than I have. So that is where I am starting again today, giving over to trusting my trustworthy Savior, rather than mostly trying to get good enough so I can trust myself. Then I can hope to show up.

What do you do about screen time?

What do YOU think? Is screen time damaging the kids?

Rod’s blog got us talking about what we think about screens in the life of our child.

Guns and the playdate

Background check debate: Stray guns and your child at the playdate

We took a survey of the Parents List asking for favorite Marriage Books. The permanent collection is in the side column. You can also use this link

You’ll also notice that there is a link to the Children’s Plan 2015 which guides our childcare work and provides a place where we collect our practical, mutual parenting “lore.”

There is also a “subscribe” button, if you would like to receive notification of new activity on this blog. 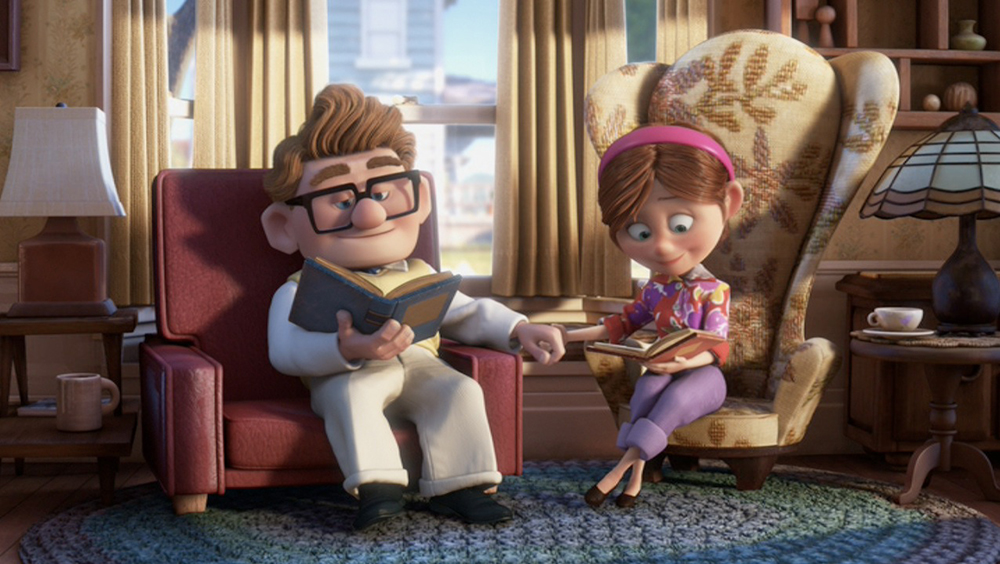 I spent a while collating the books people suggested as good reads for good parents. Check them out at this permanent page at this site. If you have more, let me know. For the time being, I will be the editor of our Village Parenting site.

Click on “Parenting Books” below to see the list. (Or, as you can see, there is a permanent link in the side column to the right)

Peace to all and to your families.